“It wasn’t an audition. I was being paid to be there, and I wasn’t going to be on camera.”

If you’ve seen The Crown, then you likely agree that Emma Corrin was impeccably cast as Princess Diana.

Well, as part of Variety‘s Actors on Actors series, Emma described the “mental process” that led to her casting — and it’s a touch unconventional.

“I was sort of working, jobbing, trying to earn money in London. And also, manically running around auditioning for anything that I could,” Emma explained.

“I got asked by Nina Gold and Rob Sterne, who cast The Crown, to come in and help for some of the chemistry reads they were doing between Camillas, who they were auditioning. Peter [Morgan] had written some preliminary scenes with Camilla and Diana, and so they needed someone to read for Diana.”

Emma continued, “It wasn’t an audition. I was being paid to be there, and I wasn’t going to be on camera.”

However, Emma decided to prep anyway. “My agent was like, ‘It’s the perfect situation because it’s going to be a no-pressure audition.’ We decided that I would just prepare as if it was an audition. And so I did, and I worked on the voice with my mum, who is a speech therapist. And then I learned the lines. And I just had fun, because I wasn’t really doing anything at the time.”

Emma previously told Collider about how she felt after that initial reading, saying, “I remember calling my agent afterwards and being like, ‘Maya, I really think something shifted in the room. I think they really liked me for Diana.’ She was like, ‘Emma, don’t be ridiculous. They haven’t even started filming Season 3 yet. Don’t be an idiot.'”

Of course, things worked out for the best — Emma was offered the part of Diana in the room of her final audition, and she “blacked out from shock.”

Always be prepared, I guess!

Get all the best moments in pop culture & entertainment delivered to your inbox. 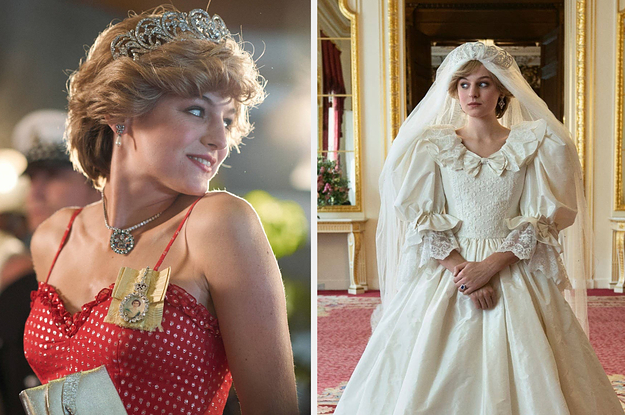