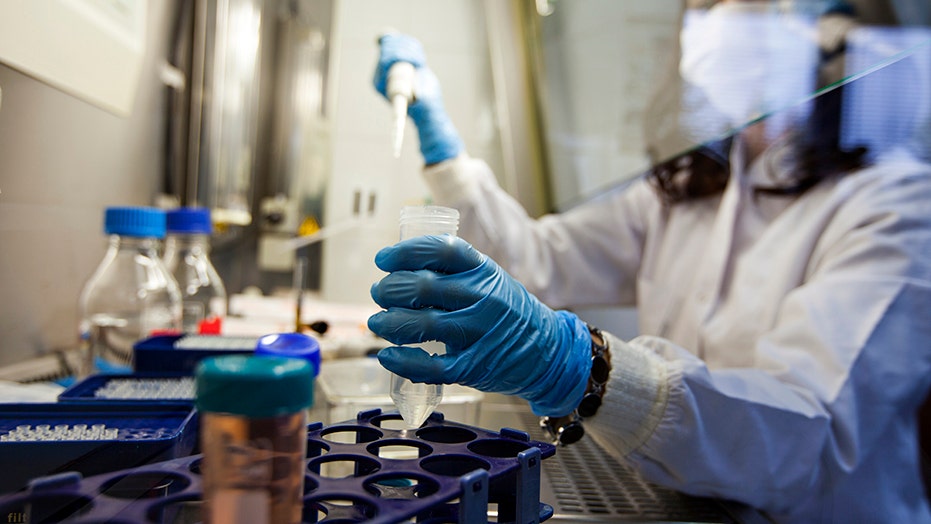 “Damning” science strongly suggests that COVID-19 is a man-made monster, optimized in a lab for maximum infectivity before hitting the outside to catastrophic effect, two experts said Sunday.

Writing in an opinion piece for The Wall Street Journal, Dr. Steven Quay and Richard Muller pointed to two key pieces of evidence to support the claim, which has increasingly gained steam after long being derided as little more than speculation.

The first relates to the nature of gain-of-function research, in which microbiologists tweak a virus’ genome to alter its properties, such as making it more transmissible or more lethal.

Of the 36 possible genome pairings that can produce two arginine amino acids in a row — which results in boosting a virus’ lethality — the one most commonly used in gain-of-function research is CGG-CGG, or double CGG, wrote Quay and Muller.

“The insertion sequence of choice is the double CGG,” wrote Quay, the founder of Atossa Therapeutics, and Muller, a former top scientist at the Lawrence Berkeley National Laboratory, who now teaches physics at the University of California’s Berkeley campus.

“That’s because it is readily available and convenient, and scientists have a great deal of experience inserting it,” they wrote. “An additional advantage of the double CGG sequence compared with the other 35 possible choices: It creates a useful beacon that permits the scientists to track the insertion in the laboratory.”

The pair noted that the double CGG sequence has never been found naturally among the entire group of coronaviruses that includes CoV-2, which causes COVID-19.

But, in what Quay and Muller called a “damning fact,” it was found in CoV-2.

“Proponents of zoonotic origin must explain why the novel coronavirus, when it mutated or recombined, happened to pick its least favorite combination, the double CGG,” they wrote. “Why did it replicate the choice the lab’s gain-of-function researchers would have made?

“At the minimum, this fact — that the coronavirus, with all its random possibilities, took the rare and unnatural combination used by human researchers — implies that the leading theory for the origin of the coronavirus must be laboratory escape.”

Recently revealed emails by Dr. Anthony Fauci, the nation’s leading infectious disease expert, show that he was warned as early as Jan. 2020 that the virus may have been “engineered.”

CORONAVIRUS: WHAT YOU NEED TO KNOW

In a Senate hearing last month, Fauci admitted that he couldn’t be certain that the Wuhan Institute of Virology in China — the nation from which COVID-19 sprang in late 2019 — didn’t put a pre-pandemic $600,000 grant from the National Institutes of Health toward gain-of-function research.

The stated purpose of the grant was determining whether coronaviruses could be transmitted from bats to humans, a scenario popularly suggested as the origin of COVID-19.

Beyond apparent signs of gain-of-function engineering, Quay and Muller wrote in the Journal that the evidence “most compelling is the dramatic differences in the genetic diversity of CoV-2, compared with the coronaviruses responsible for SARS and MERS.”

SARS and MERS, which were confirmed to be of natural origin, “evolved rapidly as they spread through the human population, until the most contagious forms dominated,” the pair wrote.

By contrast, COVID-19 proved to be highly contagious from the point it was first detected.

“Such early optimization is unprecedented, and it suggests a long period of adaptation that predated its public spread,” wrote Quay and Muller. “Science knows of only one way that could be achieved: simulated natural evolution, growing the virus on human cells until the optimum is achieved. That is precisely what is done in gain-of-function research.”

The two pieces of evidence led Quay and Muller to conclude that the possibility that COVID-19 was engineered should be viewed as the leading theory.

“The presence of the double CGG sequence is strong evidence of gene splicing, and the absence of diversity in the public outbreak suggests gain-of-function acceleration,” they wrote. “The scientific evidence points to the conclusion that the virus was developed in a laboratory.”