This Therapist Is Going Viral For Explaining How Your Birth Order Might Affect Your Personality, And It’s Eye-Opening

Known as @risethriverepeat on TikTok, Tristan started a viral series where he breaks down birth order theory — a concept developed in the 20th century by Austrian physician and psychiatrist Alfred Adler — which explains how birth order could impact your personality traits.

BuzzFeed spoke to Tristan, who explained that while Adler’s theory is an “older concept,” further research has shown how birth order can play a major role in shaping personality traits: “Research has shown birth order to be one of many components that contribute to the formation of someone’s personality,” Tristan explained. And while researching for his video series, he said, “I gained all of my information from peer-reviewed journal articles on the topic.” 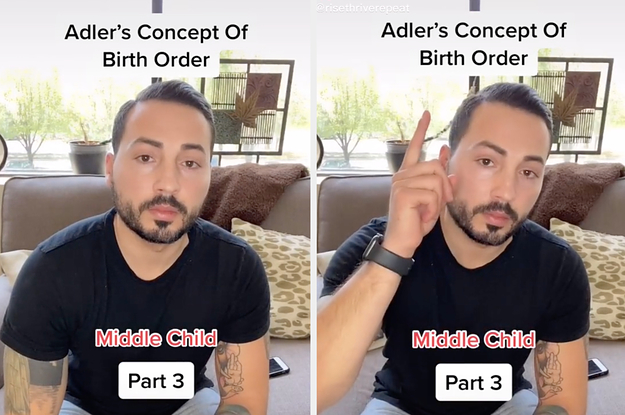