The scene between Wynonna and Waverly in the barn where Waverly pushes Wynonna to go after Doc is one of my favorites. How was it filming that scene with Dominique Provost-Chalkley?

I’m gonna start crying talking about it. I remember we were rehearsing, it was fine. Then, all of a sudden, we shot it, and there’s a moment when Waverly gets down and is kind of on her knees in front of Wynonna, and Dom just burst into tears. Then, I was sobbing. Luckily, it was her coverage because I was a mess. Then, we cut, and she was like, “Mel, it just all washed over me. Like, the scene where we hug in Season 1 when you first come home. I was remembering it all.” It all came rushing back to Dom in that moment and watching it rush over her was such a gift for me because I knew exactly how she felt. We’ve been through so much and it was so special to know that this journey meant something to her.

BuzzFeed: I feel like this is a scene where reading it on the page is one thing, but acting it is another.

Totally! Unlike the scene with Tim, Dom and I actually spoke during rehearsal. We just rehearsed it normally and it was fine, but then [there is] something about when the cameras are rolling and we’re actually in it. I don’t think we realized the impact it would have until we were filming it.

Charlotte Sullivan showing up in this episode was an absolute gift. How was it finally having her guest star?

Dude, Nora, I’ve been waiting to work with Charlotte Sullivan again for years. I lost my shit. I adore this woman. She is my favorite actor and I aspire to be half the person she is. So we have been trying to get her since Season 1 and just for a variety of reasons it wasn’t working out. Then, all of sudden, I read this script, I loved the comedy with the wedding dress maker and was like, “Don’t know who that’s gonna be, but great,” and then Charlotte shows up. She made that character so good. In the rehearsal, Tim and I were just in awe. We were like, “What is happening?” I was like, “Charlotte, how did you even think to play it that way?” And she was like, “I didn’t know any other way to play it.” I just remember thinking, “That’s your instinct?! This is why you’re my idol!” So, it’s safe to say, for so many reasons, this episode will go down as my favorite. I think it has to.

BuzzFeed: Were you able to keep a straight face while filming with Charlotte?

No. Nora, no. There’s one scene where I saw myself laugh. I had to do ADR [re-record dialogue] for it and there clearly was no take where I wasn’t laughing. Like, they used the best one and you can still kind of see me starting to laugh in it. Also, what made it worse, is Charlotte didn’t laugh once. She was so in it.

BuzzFeed: I’m truly impressed she kept a straight face while doing that voice and singing because I would’ve lost it.

In real life, Charlotte is such a giggler too. Like, on a normal day, she’ll be sitting here and start giggling, that’s what she does. So, I don’t know how we did that with her keeping a straight face and me laughing hysterically. I thought, “Oh we’re doing this. We’re gonna crack together, right?” Nope.

Tim knew our relationship too. So, he was witnessing Charlotte and I’s reunion and that’s a lot, A LOT, to take in. In general, he’s really good about not breaking whereas I’m just gone. I’ll need like 10 minutes to pull it together once the laughing starts.

BuzzFeed: It must’ve been so special to have one of your good friends come and just play on your show.

And on what could possibly be the last episode too. I think I actually really needed her there. Peter Stebbings, her husband, had directed a couple of episodes during Season 1. So, she came to Calgary once and we got to hang out, but to have her on set, especially during such a hard time, because I was like, “This really could be the end this time.” So, just to have her there to lift my spirts and remind me that the world goes on and that I have people in the real world by my side was huge. 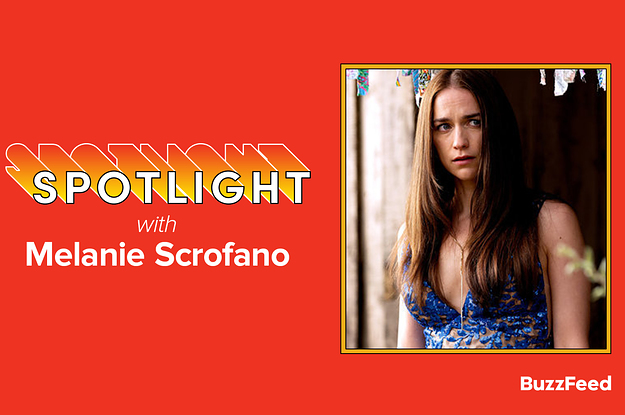